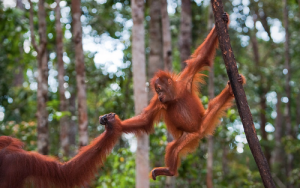 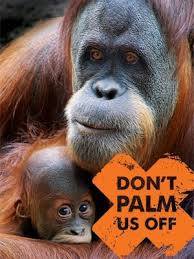 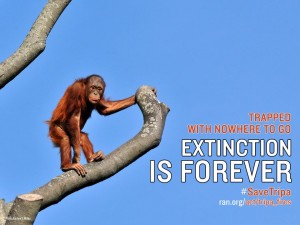 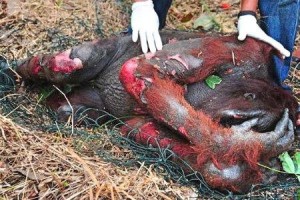 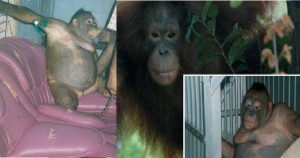 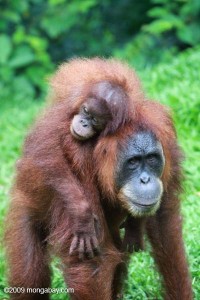 Orangutans are of the family of apes who share 97% of their DNA with humans.  They use tools, they make their beds and are able to communicate via sign language with us.  In Malaysian, their name means “Man of the Forest” and in the past, people would not kill them because they felt the orangutan was simply a person hiding in the trees…

Palm oil production is the biggest threat for orangutans, due to deforestation. Also they are threatened by habitat loss, the pet trade, hunting and are also used as sex slaves.  Once distributed across much of southeast Asia, today orangutans are only found on the islands of Borneo and Sumatra (in Indonesia and Malaysia). 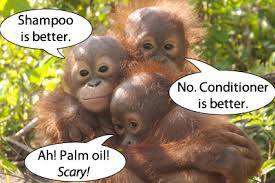 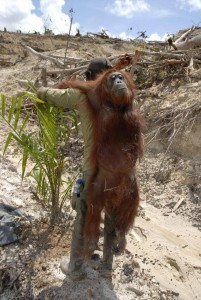 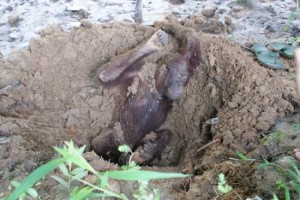 The only two hopes in saving the orangutans in the wild, is to make sure there is wild forests for them to live in,  and to protect the small populations that are left from poaching.  Humans are their greatest threat, but yet their only hope.